Like many of you Benjamin was constantly plagued with hayfever. He was congested, repeatedly blowing his nose, and had itchy puffy eyes with a raw throat. He felt tired all the time. Although he was using an antihistamine, it barely took the edge off his symptoms.

Hayfever is often the result of an up-regulated immune system over-responding to a protein such as inhaled pollen or mould spores.  My main goal was to reduce his allergic potential and regulate his histamine response.

Hayfever is strongly correlated with allergies.  While grass pollen is unavoidable, it has a cross-reactivity with wheat (wheat, after all is a grass), and mould spores have a cross-reactivity with yeast (Bakers’ and Brewers’). I suggested he take our ALCAT food panel. Benjamin was sensitive to wheat, almonds and apples.  I recommended he strictly avoid these foods for 3 months. Benjamin removed all foods containing wheat, almonds and apples from his house, which was more than he thought. No more bread, pasta, cakes, cookies, bagels, cous cous, soy sauce, canned soup and so forth. After following the regime for a few days, he was sneezing less, feeling less bloated and waking up with more energy.

I also recommended that Benjamin eat salmon, halibut, black cod, sardines and mackerel four times per week, as well as lots of yellow fruit and vegetables. Oily fish contains omega 3’s (EPA and DHA) which help to dampen the inflammatory response, while yellow fruit and vegetables (sweet potato, carrots, yellow peppers, papaya and pineapple) contain carotenoids which are needed for healthy mucous membranes of the nose, throat and eyes. I also suggested he cook with ginger, turmeric and garlic (all powerful anti-inflammatory herbs); snack on pumpkin seeds (for zinc) and avoid sugar and refined wheat-free products.

For anti-hayfever supplements, I recommended he take quercetin, MSM, bromelain, Vitamin C, N-acetylcysteine and an EPA/DHA combination as well as a good multi-vitamin. For the specific supplements we used, click on the nutrient name.

After ten days, almost all of Benjamin’s symptoms were gone. He has not had to take a single antihistamine. A year later, he remains symptom free and has been able to add back in almonds and apples.  He remains wheat-free.

Even though Benjamin could not avoid pollen, he was able to stop his hayfever symptoms by eliminating his food sensitivities and taking specific anti-inflammatory nutrients. You can do it as well.

Experiencing hayfever?  Tell me about your successes and challenges.

Is Gluten Free a Fad? 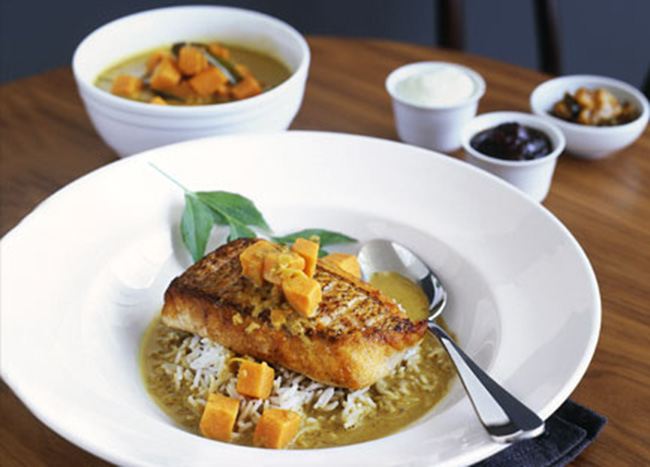