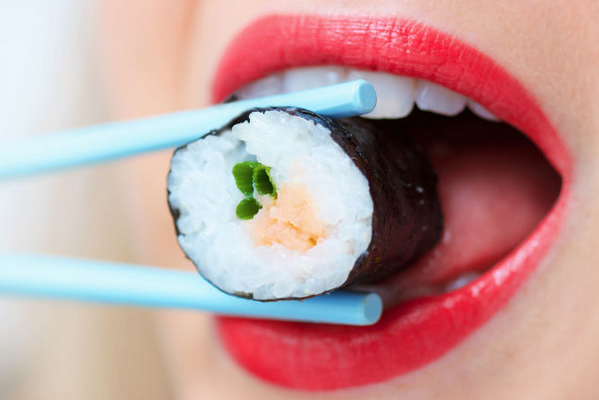 If you have read and relished the supposed diets of lit-from-within celebrities, you know what you risk when you see a nutritionist. When I visited a widely recommended expert downtown last week to report frequent nausea and acid reflux that need not be elaborated on, I expected she would insist I make some modifications to what I eat. I was willing! Prepared! Short of a colonic, I was enthusiastic about it all.

She first told me to eliminate dairy—​a bedfellow, she said, of inflammation and catastrophe. She banned gluten and red meat next, breaking it gently to my gut that it would be better off without bread or brisket. When she prescribed probiotics and a chelated iron supplement, I nodded, swearing to follow what was sure to be a routine of sewer-scented all-natural pills. But when she proposed that I stop eating raw fish, I froze.

I love sushi—​fancy sashimi and the spicy tuna rolls that I once found at a 24-hour market in Boston both. It is a superlative food and my best and most basic treat.

“It’s hard, because we think fish is so good for us,” the nutritionist said, sympathizing. “But, really, I’d put raw fish up there with dairy and gluten. For your gut, it’s a killer.” She explained that uncooked fish makes for a cozy home for parasites and chemicals, which can eat away at your digestive tract and probably kill you. Better to grill it or bake it and stick to a straightforward cucumber-avocado roll at your local Haru. I pretended to understand what I would have to give up in that tiny office of abstemiousness. But I was not convinced.

“The reported dangers of illness brought on by eating raw fish and meat often cause fear and confusion in the minds of those who enjoy such food, either for their esthetic or nutritional benefits,” wrote Mimi Sheraton, speaking my truth in the New York ​Times ​in 1981. She went on to cite a then-recent report that recommended that “public health education should discourage the eating of raw and inadequately prepared fish or squid,” which would have caused me greater angst were it not more than three decades out of date. I resolved to seek more current wisdom.

I discovered that “public health education” had decided it better to legislate raw fish than disavow it. The New York City Department of Health and Mental Hygiene published a new round of regulations this summer that mandate that fish served raw or marinated raw must be flash frozen in order to be served, killing parasites in the process. The move, which has reduced some toro devotees to tears, only validates what many kitchens already do. A representative for the New York State Restaurant Association told the New York ​Times ​that fish is often frozen at some point in production to preserve freshness, anyway, which is bureaucratic speech for: Get over it.

It’s not only the suits who support the guidelines. Naomichi Yasuda, owner of the revered Sushi Yasuda, has imported and then frozen fresh tuna for at least a decade. The late Nobu 57 chef Shin Tsujimura reported that even he could not “tell the difference between fresh and frozen in a blind test.”

The method is almost foolproof—​if perhaps not essential. An expert in the virulent nature of Manhattan-born unease, Mount Sinai Gastrointestinal Motility Center director Dr. Gina Sam told me that the parasites eliminated by a quick cool are not even very common in the United States. “If you have a normal digestive system and the fish is prepared in a clean environment,” she says, “you should be okay.”

Nutritionist Dana James weighed in too, explaining that while raw fish is a more likely to be a breeding ground for bacteria and parasites than cooked fish, the precautions that restaurants take are proven to minimize risk. ​​”Should you avoid sushi? Not necessarily,” James says. “Just remember we are constantly exposed to pathogens, and they rarely cause havoc in the body, but when they do you know it! Your stomach becomes bigger than your boobs!” Besides, James adds, “I love fluke crudo too much to give it up.”​

Pointing to recent recalls of spinach and cucumbers, New York-based nutritionist Amy Shapiro reasons that garden vegetables can be as perilous as undercooked or raw fish. Chipotle scrambled to switch tomato suppliers earlier this year when it discovered that a bad batch of the juicy fruits had caused a salmonella outbreak in Minnesota. Hysteria so overwhelmed customers in the state that a Department of Health spokesman had to eat a “fully loaded burrito bowl” just to prove that all was well. Brave man. Listeria outbreaks have forced companies like Jeni’s Splendid Ice Cream and Blue Bell to shut down production.

Nu-Train nutritionist Heather Bauer gave this final reassurance to rescue me from the brink. “For a healthy person,” Bauer says, “the risks are so small they’re just not something I worry about.” While she advises patients with compromised immune systems to opt for a seared salmon over a zippy ceviche, Bauer sees no need for me to renounce it. “When someone feels sick when they eat sushi, I always want to know, ‘Did you use a ton of soy sauce? Did you eat a lot of edamame?’ The fish might not be problematic, but the gluten in soy sauce or just the soy in something like edamame can be an irritant.”

“Try a squeeze of lemon over your sushi for that hit of acid, if you want,” she tells me, treating me very much like the addict I am. “See how it feels.”

So bolstered, I consider whether I want to sneak down to Whole Foods for a salmon-avocado roll for lunch. But visions of tapeworms stall me. I know whom I have to consult. I visit goop.com and search for raw-fish recipes.

A description of tuna poke seals the deal. While her royal goopness cautions that “eating raw fish of unknown provenance and freshness can always be a little dubious,” she declares that she is “totally on board” with the raw-fish dish. Elsewhere, she extols the virtues of “omega-3 fatty acid packed fish” and deems the protein “great for those on a cleanse.” Sushi—​it probably won’t kill you, might just make you stronger. 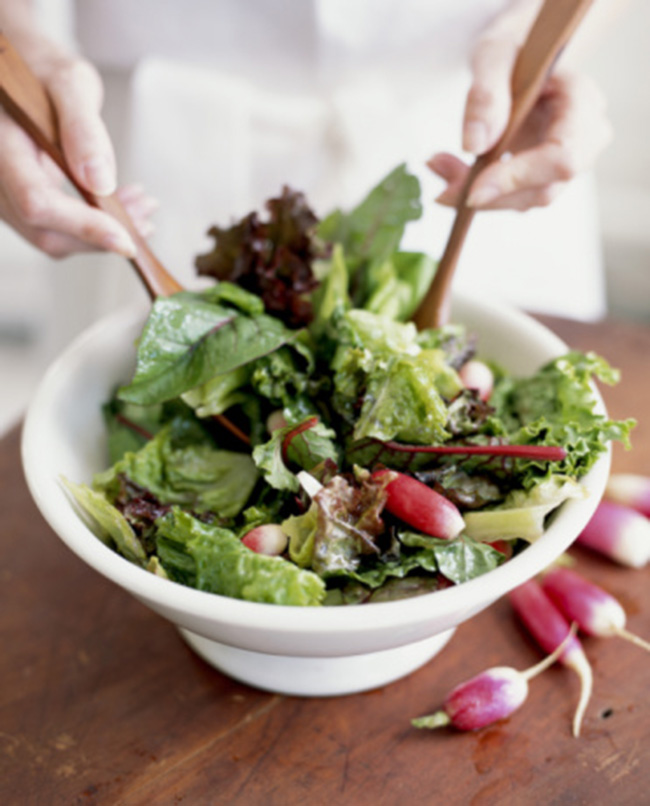 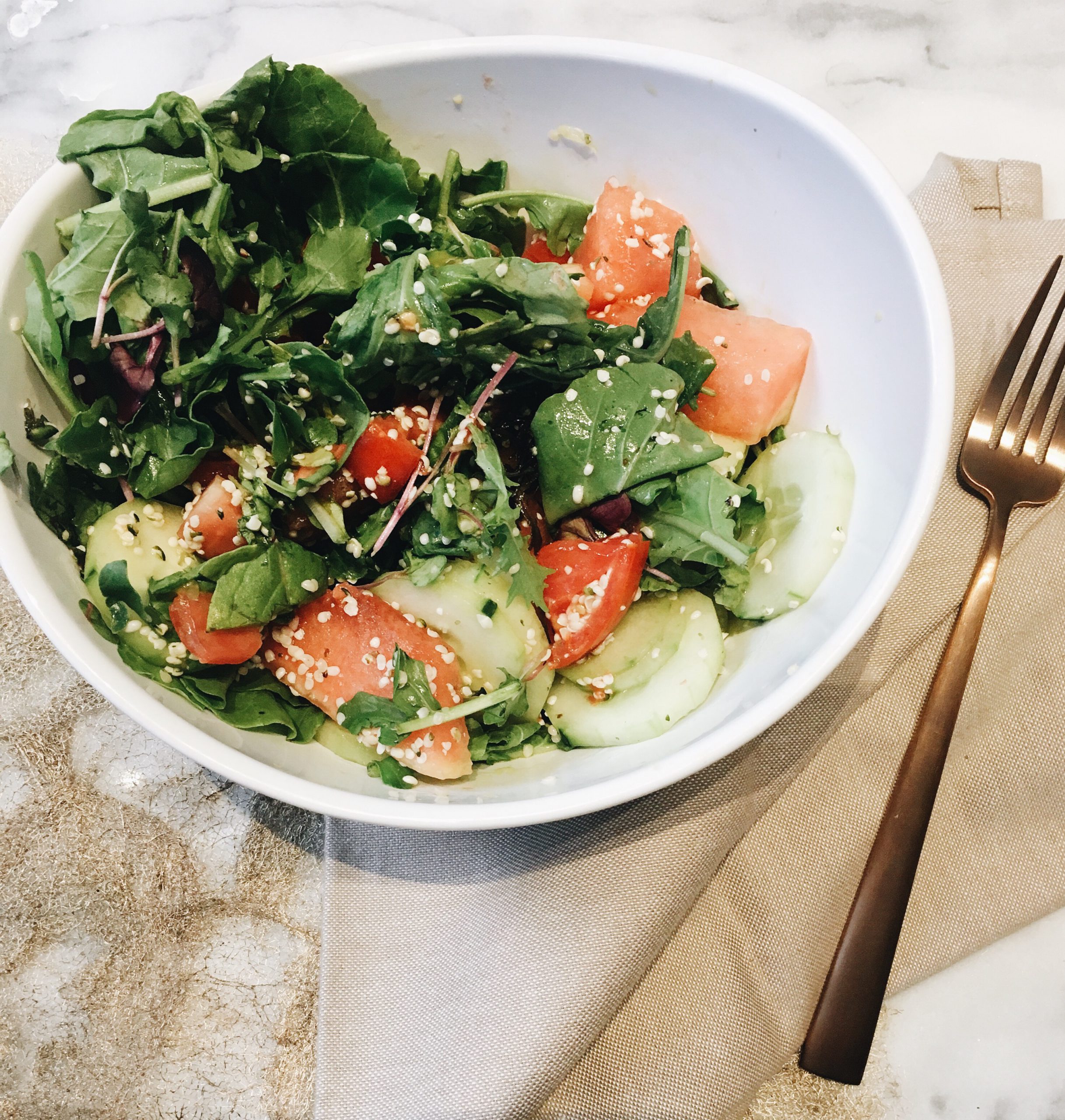 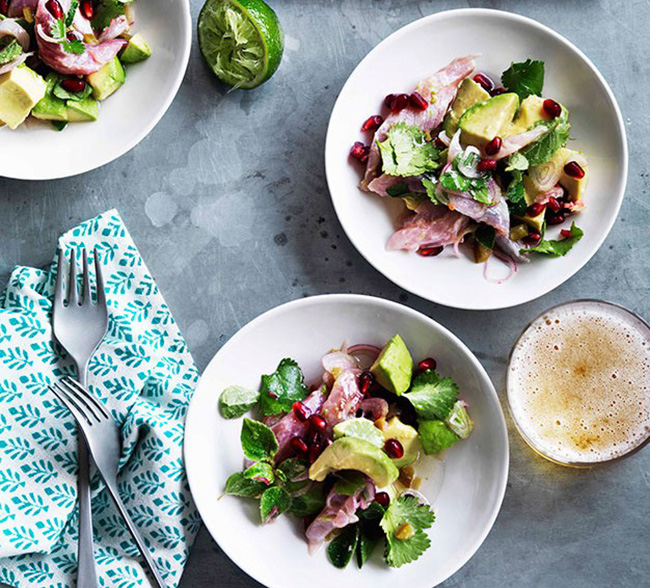